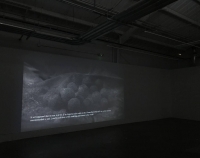 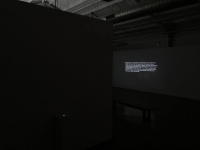 Round Table
5-channel video installation with sound. 2020- (in progress).

“When Li Ssŭ was studying at the door of Hsün Ch'ing, he rode side by side with ne'er-do-wells. Then, when he raised his wings in high flight surging forth like a dragon, breaking into gallop like a charger, ‘passing by nine [circles of sky] and overtaking two [dragon and cavalry],’ soaring to a height of ten thousand cubits, the wild swan and the fleet courser could hardly keep pace with him, to say nothing of lame ewes and finches and sparrows…1” — Discourses on Salt and Iron

In the sixth year of Chao Ti's reign (Western Han, 81 B. C.), the abolition of the state's salt and iron monopoly was to be debated. The Literati responded as follows: “It is in our humble opinion that the principle of ruling men lies in nipping in the bud wantonness and frivolity...1,” while the Lord Grand Secretary regarded state monopoly and related measures as the solution to the “frontier question.”

As a reminder, “Ministers and officers should have ready,” once said the Emperor, “convincing canonical or historical citations, for every situation. 2” Sixty chapters of the forum's proceedings enclose some one hundred and twenty-nine citations from over twenty classical sources, largely to support the Literati whom the writer endorsed.1 Through a system of quotations and symbolic notation, Round Table engages concepts of measurement, counting, and scale within the machinery of multichannel video, composed of screens from the size of a palm to the larger-than-life. As neither parties of the salt and iron debate evade topics of talent, literature, and death, it comes into question when might poetic interpretation be appropriate for a passage of text.

1. Huan K'uan, Discourses on Salt and Iron. Preface and translation by Anne Kinney. 2003.